The theme for this year’s International Women’s Day is #BreakTheBias. At true we wanted to take part in IWD as a collective, expanding our awareness and finding our own ways of breaking the bias and planning actions for us to progress.

Tell a story about a time when you experienced or witnessed gender bias.

Gender bias was most prevalent to me during the time I first moved in with my boyfriend. I was frequently met with gender-stereotypical comments and questions such as “does Mitch help around the house?” or, “Good luck with doing a man’s washing!” My partner received similar interrogations, but with the same connotations that I would be tending to his every need, “How’s George’s cooking? Does she look after you?” I would often find myself doing more harm than good by sheepishly laughing along with these exchanges but if I did speak up nonchalantly with “he will do his own washing” or, “We both do the cooking and cleaning” I would be met with confused expressions and even the odd look of sympathy towards my partner.

What do you think you could do to help break gender biases?

Be aware of the privilege of my own position. Take a back seat where possible, allowing the women in our team to promote themselves and accelerate their own careers.

What are the greatest qualities you’ve seen or experienced from a female colleague?

Allyship. I've had the pleasure of knowing some incredible women who make a conscious effort to lift up other women and actively seek to give advice and provide support to others who are trying to navigate the industry.

What’s the biggest issue you’d like to see fixed for women?

Unpaid labour. Women are still expected to do the majority of society’s caring and domestic work, but it’s basically ignored by the way we measure and reward economic activity. If men did more mopping, you can be sure we’d get paid for it.

Admiral Grace Hopper broke through in so many fields, seemingly by just ignoring any biases. She was a Professor of Mathematics at Vassar when WWII broke out, and was initially rejected when she applied to join the Navy reserve, as she was too old and physically too slight. But she overcame the biases of gender, shape and age to eventually reach the rank of Admiral. Working for the Navy, and later for the private sector, she was a computer pioneer, developing the idea of programming languages, such as COBAL, that used natural languages, so that a programmer like me can write English syntax that can be understood by machines. She had to fight for this idea - without which computers could never have become as ubiquitous as they are today - to be taken seriously. I can only speculate how she felt when she was presented with the Data Processing Management Association's “Man of the Year” award in 1969.

Tell us about an inspiring woman you know personally and write down her qualities.

One of the women I find most inspiring is my friend Hannah. She is someone who wouldn’t describe herself as fearless, but instead lets her fears fuel the decisions she makes in her life. Her mum has Fibromyalgia, which back in 2012 didn’t have a great public awareness (and still doesn’t). At an age when a lot of people are conscious about how they look, Hannah shaved her head to raise money and awareness for Fibromyalgia charities. When Hannah was told by a doctor that she had hypermobility and was prone to having her joints lock out of place and cause her pain, she trained for and completed a triathlon in London. When she decided she wanted to live in Spain, she learned Spanish for a year then moved to Valencia, where she still lives and works nearly 10 years on. Finally, she always loved drama and music when she was at school. Since university hadn’t really used those skills until she decided on a career change and decided to pursue being a voiceover artist. She now does what she loves as her full-time career and works with clients including Disney, BBC, Google, Nivea, Centre Parcs and The Royal Mint. Some of the qualities in her that I admire:

“Girls can’t throw” - Ila Borders was the first woman to pitch on the pro men's baseball team in 1998. and she was left handed

“Men make the money” – I love makeup and putting on makeup, it is mymine time to relax and chill, before going out. I get to listen to my choice of music or podcast, and Josh leaves me alone. Fearing the wrath of some wonky eyeliner. I was surprised to learn many major beauty companies still have little female representation on their board of directors or senior management teams. Female entrepreneurs are trying to change that. This is an even bigger challenge as currently, only 2% of venture capital goes to women-led startups. However, Emily Weiss, with backing from Forerunner Capital, a women-led venture capital firm, created Glossier. Glossier is a cult beauty brand with 10,000-person strong waiting lists. Demonstrating women have great ideas that make money, in an industry surprisingly run by men.

"Men have the best ideas" – I always think of ways to try and save plastic. But I also want a period product that works for me. I have tried a lot things with some personal success (period pants) and fails (mooncups). But I do love a tampon, it just works, the plastic applicator makes it comfortable and mess free. But comes with environmental guilt. The other week I came across Celia Pool co-founder of DAME, a sustainable period care brand with the belief that women and the planet deserve better. DAME created the first reusable tampon applicator to help combat the plastic waste and work toward abolishing menstrual taboos. Launched in 2019, DAME. Is now stocked in stores such as Sainsbury's, Boots, Ocado, Waitrose, ASOS, Next. Since the company’s inception, 300 million pieces of plastic have been saved due to women using the ingenious product. It now also sells reusable pads and organic tampons.

What are the greatest qualities you’ve seen or experienced from a female colleague?

I would say that all of my female colleagues in true have a similar quality that I experience on a regular basis. The ability to remain calm when under pressure, and communicate their reasoning effectively to give clear context to the point that they are making instead of just charging in with an idea that has no context at all behind it. The ability to listen and relate is also a true quality that I frequently observe and in return it makes me feel valued and encouraged to contribute more myself.

There is still an extensive gender inequality in the SEO industry, with just 25% of SEO roles held by women in the UK. Recognising this, and seeking to break the bias, Areej AbuAli founded Women In Tech SEO in 2019, a global community created to empower women and help them to progress their careers by sharing knowledge, opportunities and support.

It’s run by women, for those who identify as female. Three years later, the Global Facebook group has over 1,250 members and the Slack group has 750 members. The group actively celebrate SEO specialists from all walks of life, specifically requesting speakers from a diverse range of backgrounds and ethnicities to get involved in their meetups. A judgement-free community, I’ve heard real challenges that females have faced in the industry, I’ve learnt from those in senior positions sharing their experiences and I’ve given advice to those who are just starting their career.

Thank you to Areej for advocating for women’s voices in the search industry, I’m excited to see what the future holds for the community.

Tell us about an inspiring woman you know personally and write down her qualities.

My Mum. She was the most inspiring woman to me. Sheer determination, hard work, independence, kindness, entrepreneurship and creativity. Many qualities she taught me. She broke the mould as an early working mum who was bold, brave and never afraid to try something new - from illustrating children's books to being an architect, to being the best Mum.

What’s the biggest issue you’d like to see fixed for women?

Not having gender equality is bullshit. Obstacles like mindsets and stereotypes that make it hard for women to gain an equal footing in the world, are wrong. These barriers need to be broken, and slowly they are being broken. Whether its laws being made or demolished, more women in higher positions of power then ever before, or having the most gender – equal Olympic games in history, progression is there to be seen. And may that continue until equality is normality, as that’s the way it should be.

What’s the biggest issue I’d like to see fixed for women.

Approaching this as an employer, the biggest issue I’d like to see fixed for women is being able to navigate their career ambitions whilst balancing the demands of motherhood. I do believe this is changing rapidly as there is more opportunity for increasingly confident and assertive mothers to pursue their careers, and as more forward thinking employers offer more flexible contracts. There is also a societal change as there is an increasing acceptance that parental responsibilities should be shared, and men and businesses alike are stepping up to the plate. Life and business is a meritocracy and everyone should have an equal right to realise their ambitions. That is the true way.

Tell a story about a time when you experienced or witnessed gender bias.

I think there are areas of life where gender bias presents itself more clearly than others. I believe one of these areas has to be the motor trade. When my wife and I went to collect our most recent car, a joint purchase, we were being shown the features and predominantly the sales person was focused on telling me about the sat nav, phone connection, Wi-Fi etc. However, there were two specific features of the car that were intentionally directed at my wife.

Firstly, the boot that could be opened by waving your foot under the bumper – very useful for when she was returning to the car with ‘armfuls of shopping bags’ and didn’t have a hand free to open the boot lid.

Secondly, the ‘SOS’ feature of the car. She was told specifically that if she were driving and anything were to happen such as a flat tyre or any form of breakdown she could stay locked safely in the car and press this button and would be connected to assistance from the manufacturer.

This ‘special treatment’ wasn’t met with a lot of interest from my wife, unfortunately, it’s probably all too common, but it left me pondering the interaction for some time. I firmly believed the sales person had the best of intentions at heart and indeed, in terms of safety, there are unfortunately very real concerns. But, as a man, I also sometimes don’t have a hand free to open the boot and I also am at risk from safety concerns and would be in need of help if the car broke down – the issue was not what was being said, but the context it was put in and that it was specifically directed at my wife rather than at both of us. You can have the best of intentions but without a conscious effort from all of us to address bias in the world these interactions will likely remain. It all too often feels like there is a long way to go.

At true we want to make a lasting impact beyond the day itself so we will continue to listen, to learn and play our part to #BreakTheBias 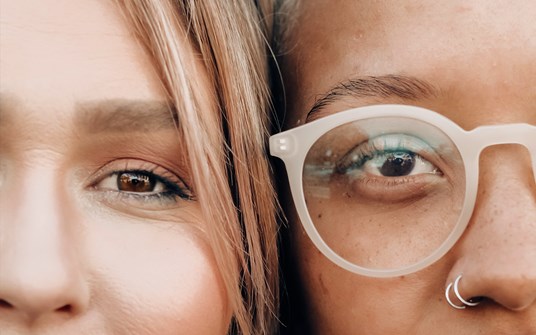 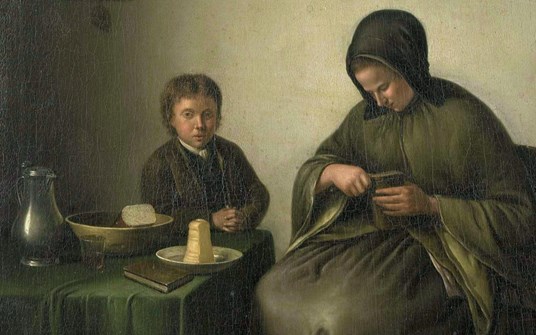